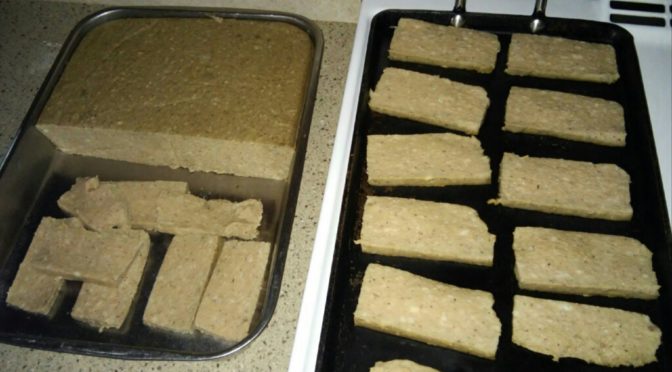 Winter weather is back! We’ve received around three inches of snow and it’s still snowing. The roads must not be the best as school is cancelled for today! I let son Kevin sleep in, so he doesn’t yet know school is cancelled. He will be happy when he wakes up.

Son-in-law Mose had a birthday yesterday, February 5. Mose, Susan, and Jennifer all had the flu so he didn’t have the nicest birthday. We will wash their laundry here for them today, since Susan didn’t feel up to washing clothes this week. In the winter months I like to add a laundry disinfectant to the water to help with germs during the flu season. I really think it helps.

Tuesday the girls and I spent the day at daughter Elizabeth and Tim’s house. We washed a lot of laundry for them and cleaned her house. She was glad to have everything clean again. Daughter Lovina stayed there for the night and came home with Elizabeth and all three children the next morning. Daughter Susan and children couldn’t come as they still had the flu.

Monday the temperature went over 50 degrees so we hung some of our laundry out on the lines to dry. The bedding smelled so fresh when put back on the beds. We also cleaned our windows while the temperature was warmer.

Daughter Verena bought aqua colored paint to have her bedroom painted. So far, this week has been too busy to start with it. The boys did move Verena’s bed into Loretta and Lovina’s bedroom. The dressers will be moved to the middle of her room and covered up. Her bedroom walls are still the same color daughter Elizabeth had when she had that bedroom. It’s a burgundy color and Verena prefers aqua. Elizabeth has been married four and a half years and we still haven’t changed the color. It will brighten up the bedroom.

Saturday, we helped sister Emma and Jacob butcher two hogs. Sister Emma served us all breakfast when we arrived which was a breakfast casserole.

After the meat was cut up, we rendered the lard and cooked the pork off the bones. The meat from the bones was put through the grinder and then added back to the cooking water. Flour, salt, and black pepper were added to the cooking water making 17 gallons of pon hoss! We added four cups of flour, two tablespoons of salt, and one tablespoon of black pepper to each gallon of juice. The flour is sifted so it doesn’t get chunky, and someone stirs constantly to keep it from sticking to the big kettle while it cooks over an open fire. After the pon hoss is thickened, it is taken off the fire and poured into pans to cool. After it is cooled it can be sliced and fried in a pan until golden on each side. It can be fried longer for a crispier taste if preferred.

Everything was mostly done by 1:30 or 2:00 p.m. then we had a delicious lunch of mashed potatoes, gravy, pork tenderloin, coleslaw, lettuce salad, cheese, Jello cake, cowboy bars, donuts, cake, and ice cream.

Baby Allison will be six weeks old tomorrow. She has the brightest blue eyes and smiles when you talk to her. So adorable and precious!

Combine dry ingredients and cut in shortening. Add the fried sausage and shredded cheese. Stir in milk and egg and mix well. Drop onto greased pans and bake at 375 degrees until done. Serve plain or with butter or sausage gravy.

One thought on “Winter weather returns amid butchering and painting projects”