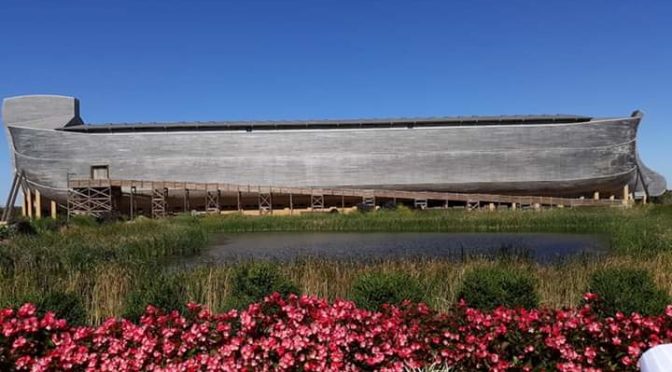 We are having nice weather, but temperatures are in the 40s and 50s in the morning, which makes the house feel chilly. We haven’t bought any coal yet, so hopefully we can soon to get some heat in the house if this chilly weather continues.

Last night we were at Mose and daughter Susan’s house. My husband Joe and sons Benjamin, 20, and Joseph, 17, were helping Mose get their outdoor wood burner hooked up to their house. Mose and Susan still had thinly sliced steak in their freezer, so we had rare beef and creamed potatoes for supper. Everyone was glad for rare beef since we usually have this more often after we butcher cattle in the winter months.

We had a nice trip to Kentucky last week to attend the wedding of Joe’s nephew, Morris, and Annie. Cousin Dave has built a nice place in the hills of Kentucky with a pond behind the house and a walkout basement. It is very nice, and the men and boys admired all the deer mounts hanging in his house.

Daughter Susan and I were cooks at the wedding and our job was to help make gravy. Daughter Verena was a table waiter. The menu included mashed potatoes, gravy, noodles, dressing, fried chicken, mixed vegetables, salad, cheese, bread, butter, and jam. For dessert, we had pecan, pumpkin, and cherry pies, cinnamon pudding, angel food cake with strawberry topping, and cookies. For the evening meal, we had grilled chicken and brats, and ice cream was also added to the menu. Candy bars were passed around after lunch.

We arrived in Kentucky on Wednesday evening around 9 p.m. Thursday afternoon we went to see where Joe’s sister Salome and her husband Morris and their family live. After the wedding was over, we went back to the motel. The next morning, we all headed to Williamstown, Kentucky, to the Ark Encounter. We really enjoyed our day there. Noah’s ark is sure a good look at what they endured, and it brought a better understanding to the children to see the ark in the dimensions the Bible tells that Noah and his sons built it. The place was packed with people from all over the United States. It makes one feel hopeful to see Christianity is not lost yet.

We headed back to Michigan and stopped along the way to eat. We arrived back home safe and sound a little after midnight. Everyone was ready for a good night’s sleep.

At 8:30 a.m. the next morning (Saturday), Joe and I, daughters Verena and Lovina, and son Kevin, along with my sisters Verena and Susan, sister Emma, Jacob and son Steven, headed for Berne, Indiana to attend the surprise birthday party for sister Liz and Levi. Liz turned 50 in January and Levi turns 50 in December. They also had their 27th wedding anniversary on October 4. This surprise was planned by their children. Chicken, pork and beans, macaroni and cheese, salads, desserts, and snacks were served. Some of the food was brought by guests.

We arrived back home after dark. Daughter Loretta, with the help of her special friend Dustin, did our laundry, so it was nice to see our clothes all clean again from the trip. Dustin’s birthday was October 8, so a Happy Birthday to him!

On Sunday we had communion at church, so it was a long day. We also ordained another minister and had a potluck dinner with the church afterward. It was good to see Monday come and things slowing down.

Son-in-law Mose, Joe, and I went to the u-pick grape orchard to pick grapes. Another job done for the year.

Daughter Susan is feeling better and stayed well on our trip.

Our highlight this week was seeing Tim and daughter Elizabeth’s nine-and-one-half-month-old son, T.J., walking short distances. He’s so active and almost runs instead of walks. He is so precious, as are all our grandchildren.

In a bowl, mix well the flour, baking powder, salt, lard, butter, and milk. Press into the bottom of a greased 8×10-inch cake pan. Mix the apples, brown sugar, and cinnamon, and put on top of the dough.

Mix the sauce ingredients in a saucepan, bring to a boil and boil a few minutes. Pour on top of the apple mixture. Bake at 350 degrees for about 30 minutes or until the dough is golden brown and the apples are soft.

Delicious for supper with cold milk.

Lovina’s Amish Kitchen is written by Lovina Eicher, Old Order Amish writer, cook, wife, and mother of eight. Her newest cookbook, Amish Family Recipes, is now available for preorder from the publisher, Herald Press, 800-245-7894. Readers can write to Eicher at PO Box 1689, South Holland, IL 60473 (please include a self-addressed stamped envelope for a reply); or email LovinasAmishKitchen@MennoMedia.org and your message will be passed on to her to read. She does not personally respond to emails.