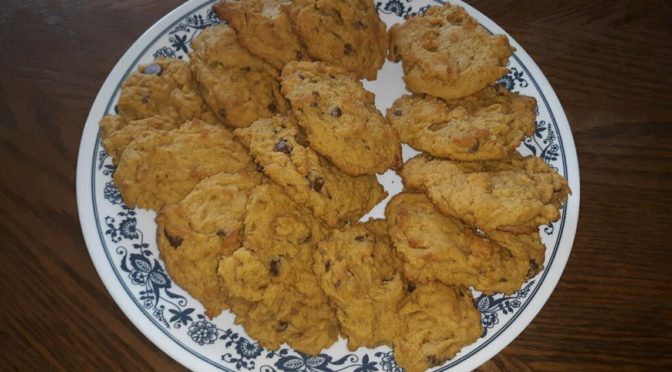 Hello to all my Mother’s readers! This is Elizabeth, Lovina’s firstborn. Once again, I’m taking the pen in my own hand and writing this for Mom. She is having surgery on Wednesday—again. This is her second surgery this year. The first one was in February. Both surgeries have been to fix hernias. Another larger hernia popped up next to the one that was fixed in February. Hopefully this will be the last surgery. Prayers and best wishes are being sent your way, Mom!

It is a very chilly October morning, the coldest yet this season at 34 degrees. Our propane heater is getting its first workout for the season. It feels good to have a little heat in the house. Husband Tim is out back in his tree stand hunting. Deer season opened the first of October. He thought this would be a great morning to be out there since the temperature dropped overnight.

Abigail is still asleep. She’s not an early riser. Quite opposite of her brother. TJ is always awake before or right at the first signs of daybreak. Perhaps that will change as he gets older. While I write this he has been here and there and everywhere. TJ is at that stage where cupboards have become his play place. Then we’ve got Abigail, Mom’s little helper who knows cupboards are not to play in. So, she takes matters in her own hands, which does not always end in the best results. Ha! Her brother is a bit too strong for her to pick him up and move him.

On October 8, my sister Loretta’s boyfriend Dustin had his 25th birthday. The date is also a little more special to me as that is the day TJ, our 9-month-old baby, took off walking on his own for the first time. He is still wobbly and has his tumbles, but he is definitely walking. He still crawls some though. Abigail was excited because, in her words, “Now TJ can run with me outside.” It’s probably a good thing he’s not at the running stage just yet. This Mama would never keep up. Ha! Motherhood is very rewarding, though. I’m dreading the days when they spread their wings and fly from the nest.

Today, I baked pumpkin chocolate chip cookies. They turned out great. Sweets don’t go fast around here, so I’ll probably share most of the cookies. I also made pumpkin bars, but they are more like a cake. It’s pumpkin season and pumpkin goodies sounded good.

Tim’s brother Willie and Mary, along with their children Michael, 20, Jasmine, 16, and Mary’s nephew Jason were here for a meal recently. Tim and I made sweet banana pepper poppers, red potatoes (cooked over the campfire), and Oreo pudding. Also on the menu was a salad and chocolate peanut butter pie brought by Mary. We enjoyed having them over. Willie is Tim’s third brother out of nine siblings—five brothers and four sisters.

We have tomato plants and some pepper plants still producing in the garden. I think it’s time to pull them and say good-bye to the garden of 2019. We have not had a frost yet. Although I don’t think its far into the future. I’m looking forward to colder weather as it will give me more time indoors. I have a lot of sewing I’d like to work on. I enjoy sewing, so it’s not a chore for me if I find the time.

Tim will be having his 31st birthday on October 18. Abigail and I want to surprise him with a birthday gift, a Happy Birthday balloon and maybe a store-bought cake. We hardly every buy baked goods from a store. It is for something special if we do. I will be going to town the day before, so I can do our “secret” shopping then, if Abby doesn’t spill the beans beforehand.

Here’s the recipe for the pumpkin chocolate chip cookies I made today. Enjoy! God bless! 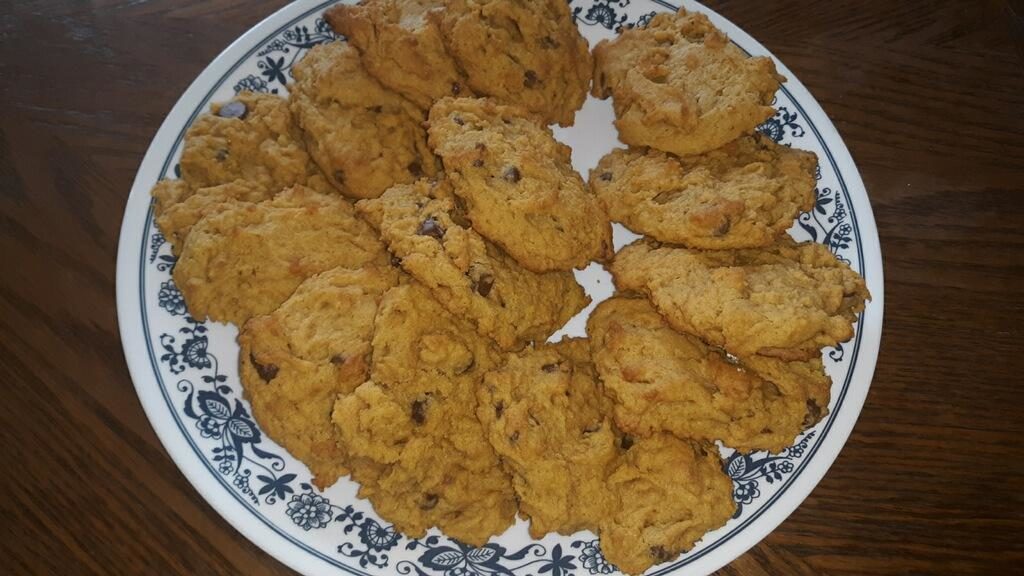 Preheat oven to 350 degrees. Cream the shortening, sugar, and pumpkin. Stir in the remaining ingredients. Drop dough by tablespoon onto a greased cookie sheet. Bake 10-15 minutes.

Lovina’s Amish Kitchen is written by Lovina Eicher, Old Order Amish writer, cook, wife, and mother of eight. Her newest cookbook, Amish Family Recipes, is now available for preorder from the publisher, Herald Press, 800-245-7894. Readers can write to Eicher at PO Box 1689, South Holland, IL 60473 (please include a self-addressed stamped envelope for a reply); or email LovinasAmishKitchen@MennoMedia.org and your message will be passed on to her to read. She does not personally respond to emails.