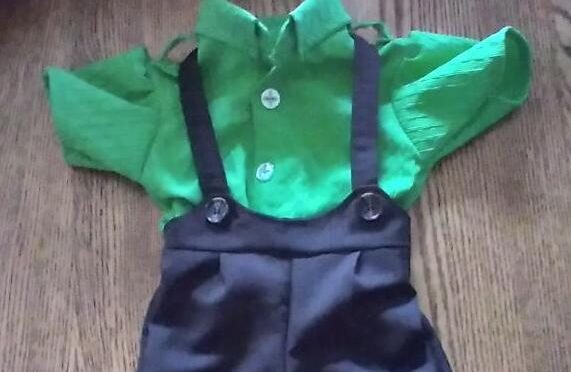 It’s Wednesday morning at 4:40 a.m. and a cool 57 degrees outside. Daughter Lovina walked over to Dustin and Loretta’s house shortly after 4 a.m. to be with Loretta while Dustin’s at work. Son Joseph just left for work. They are building a barn nine miles from here, so he’s not working too far. Usually, they work one and a half to two hours away. Daughter Verena is probably a mile from here, staying with Ervin’s (Susan’s friend) three children. Son Benjamin leaves for his work around 5:30 a.m.

My husband Joe won’t go work until after his doctor’s appointment today, so he gets to sleep in. I will go with him, so I need to get this column done before I leave.

Daughter Loretta gave us quite a scare when she was hospitalized for six days with a massive blood clot the whole length of her leg. She also had one in her lungs. Surgery was done to remove parts of the blood clots on her leg. Doctors are hoping the blood thinner will break up the one in her lungs and help dissolve the ones in her leg. She will go in again in five weeks to have tests to see how the clots are. If needed, another surgery will be done to put in a stent. We are hoping and praying it won’t need to be done.

Dustin and Loretta could not attend nephew Benjamin and Crystal’s wedding as she was still in the hospital. Daughter Verena stayed here and helped daughter Lovina and me. We had four-week-old baby Denzel here while Loretta was in the hospital. Verena took care of him at night. He did pretty good but likes to wait to settle down until after midnight. He’s such a sweetie. He weighs 7 pounds and 13 ounces now. Loretta missed him so much. We took him up to her for a while, and she cried when we took him to go home again. It was like medicine to see her newborn baby.

On a happy note—Benjamin and Crystal had a very nice sunny day for their wedding. It did get hot later in the day.

Their lunch menu was mashed potatoes, dressing, gravy, corn, barbequed chicken, pasta salad, cinnamon pudding, Key lime pie, Reese’s Peanut Butter Pie, pecan pie, bread, butter and jelly, and candy bars. The supper menu had Poor Man’s Steak instead of chicken and ice cream instead of cinnamon pudding. The wedding cake was cut and served at 7:00 p.m. supper. The tradition at our weddings is that the bride and groom’s fathers carry out the cake to be cut and passed out. Since Benjamin’s father Jacob passed away a year ago, Benjamin picked my husband Joe to take his place to carry the cake with Crystal’s father.

Jacob died on August 8th, 2021, so this week is a year. Sister Emma said it feels good to have Crystal and her son Isaiah moving into her house. With the house so empty after her husband’s death, it’ll help fill the void. Benjamin, Crystal, and Isaiah will live in with Emma until they make living quarters in her pole barn for now. Crystal’s parents will miss five-year-old Isaiah after having him at their house since birth.

Tonight, our whole church is invited to neighbors Joas and Susan for a fish fry. Joas loves to fish, so every year they invite the church one night for a fish fry. Everyone brings a dish, so there is plenty of food to eat.

I want to thank all of you readers who have sent cards to Loretta and for all the prayers. They were felt, and what a comfort to have such great support! May God bless you for your kindness! The doctors say Loretta has a long road of recovery, but we are so thankful she is still here. Her leg was swollen twice its size. She has to keep it often elevated, so daughter Lovina helps her while Dustin is at work. He is working only three days each week, which makes it tough on the young married couple as well. God bless!

Combine the first 3 ingredients. Press into a 9-inch pie plate. Bake the pie crust at 350 degrees for 10 minutes or until lightly browned; cool. Stir together sweetened condensed milk and lime juice until blended. Pour into prepared crust. Set aside.

Beat egg whites and cream of tartar at high speed with an electric mixer just until foamy. Add granulated sugar gradually, 1 tablespoon at a time, beating until soft peaks form and sugar dissolves (2 to 4 minutes). Spread meringue over filling. Bake at 325 degrees for 25 to 28 minutes. Chill for 8 hours.