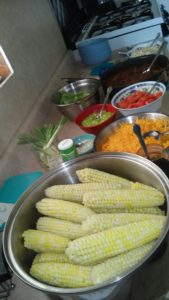 5 thoughts on “Eichers sell their cow, get ready to host church services”